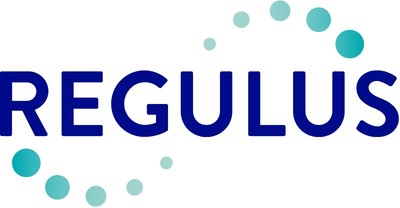 "The third quarter was marked by the successful completion of our financing, as well as significant operational progress on our two clinical programs," said Jay Hagan, President and Chief Executive Officer of Regulus. "We are very pleased that both of our Alport studies are now active, the investigational new drug (IND) for the treatment of autosomal dominant polycystic kidney disease (ADPKD) has been filed, and a Phase I study remains on track to initiate by year-end."

Cash Position:  As of September 30, 2017, Regulus had cash, cash equivalents and short-term investments of $71.4 million.

General and Administrative (G&A) Expenses:   G&A expenses were $2.7 million and $13.8 million for the three and nine months ended September 30, 2017, respectively, compared to $4.8 million and $13.6 million for the same periods in 2016. The decrease in G&A expenses for the three months ended September 30, 2017 compared to 2016 was attributable to the planned reduction in personnel-related costs and non-cash stock-based compensation.

Statements contained in this press release regarding matters that are not historical facts are "forward-looking statements" within the meaning of the Private Securities Litigation Reform Act of 1995, including statements associated with the expected ability of Regulus to undertake certain activities and accomplish certain goals (including with respect to development and other activities related to RG-012 or RGLS4326), the projected timeline of clinical development activities, and expectations regarding future therapeutic and commercial potential of Regulus' business plans, technologies and intellectual property related to microRNA therapeutics and biomarkers being discovered and developed by Regulus.  Because such statements are subject to risks and uncertainties, actual results may differ materially from those expressed or implied by such forward-looking statements. Words such as "believes," "anticipates," "plans," "expects," "intends," "will," "goal," "potential" and similar expressions are intended to identify forward-looking statements. These forward-looking statements are based upon Regulus' current expectations and involve assumptions that may never materialize or may prove to be incorrect.  Actual results and the timing of events could differ materially from those anticipated in such forward-looking statements as a result of various risks and uncertainties, which include, without limitation, risks associated with the process of discovering, developing and commercializing drugs that are safe and effective for use as human therapeutics, and in the endeavor of building a business around such drugs.  These and other risks concerning Regulus' financial position and programs are described in additional detail in Regulus filings with the Securities and Exchange Commission.  All forward-looking statements contained in this press release speak only as of the date on which they were made. Regulus undertakes no obligation to update such statements to reflect events that occur or circumstances that exist after the date on which they were made.